To be sustainable, TAFEs need to efficiently manage their resources to respond to future changes and foreseeable risks without compromising the quality of services, and avoid large fluctuations in expenditures and fees.

We have assessed that the sector is financially sustainable in the short term. Figure 3A shows the overview of financial results.

Figure 3A
Overview of financial results 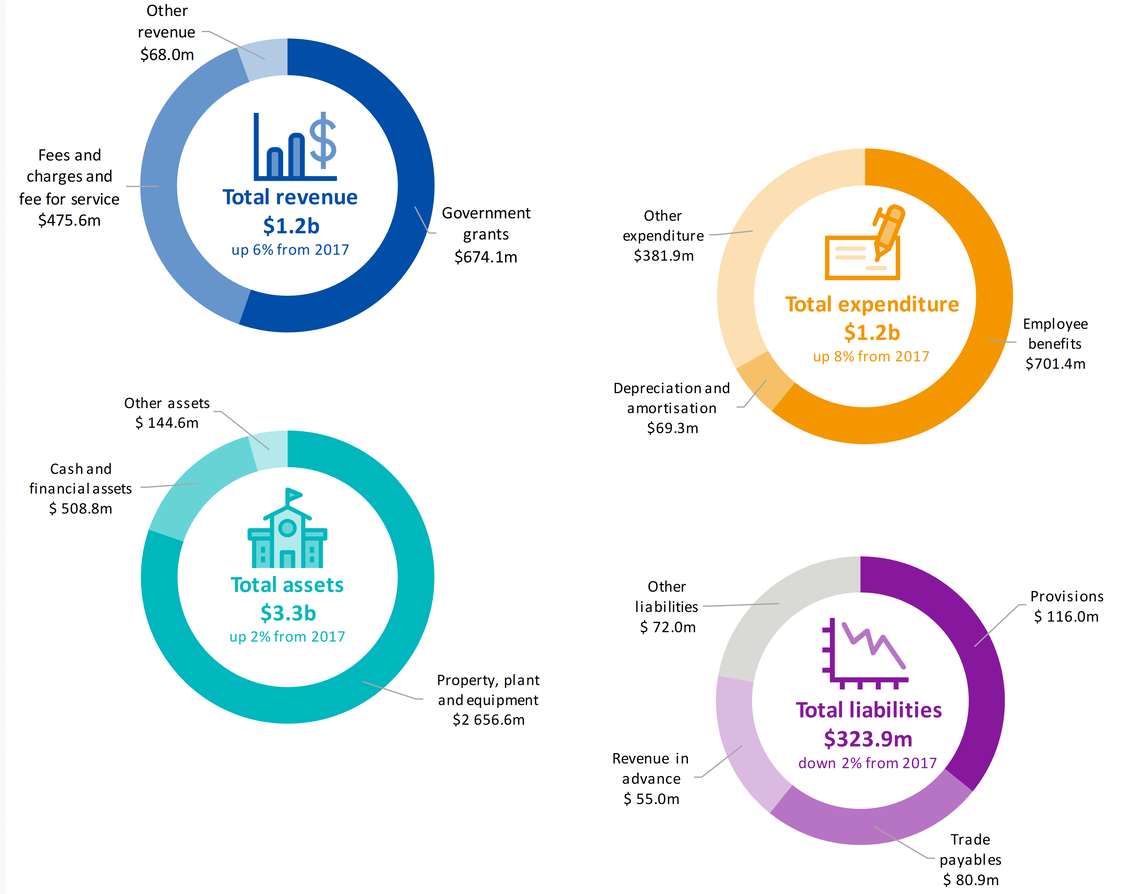 The increase in expenditure was mainly due to a $47.5 million (7 per cent) increase in employee benefits expenses. More staff are being employed across the sector to meet higher service demand in relation to fee-for-service revenue, and there was a new teaching Enterprise Bargaining Agreement (EBA) and general EBA pay increases.

The 12 TAFEs received $340.7 million in contestable funding in 2018, $18.9 million less than in 2017, because of lower student contact hours and lower enrolments compared to the prior year.

We noted the state government's announcement in May 2018 that it would introduce a number of 'Free TAFE' courses, commencing from 1 January 2019. The decline in enrolments across 2018 can partly be attributed to the impending commencement of Free TAFE. This decline in contestable funding was offset by increases in operating funding provided by DET to the sector and increases in fee-for-service generated revenue.

Figure 3B shows the trend in contestable funding against fee-for-service revenues over the past five years. 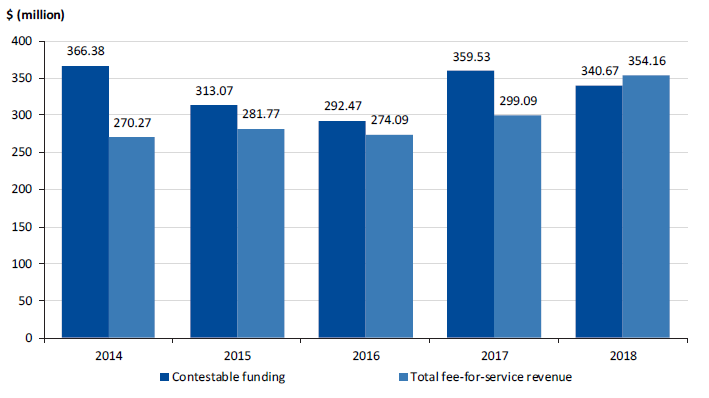 Fee-for-service government revenue showed the largest improvement, increasing by $33.4 million, or 38 per cent, between 2017 and 2018. This was achieved through:

Figure 3C shows the trend in total government-funded enrolments across the 12 TAFEs over the past five years. 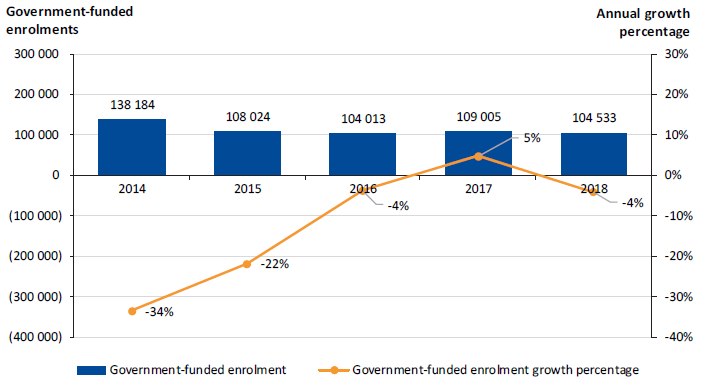 Figure 3D shows the trend in new government-funded enrolments for the TAFE sector over the past five years. 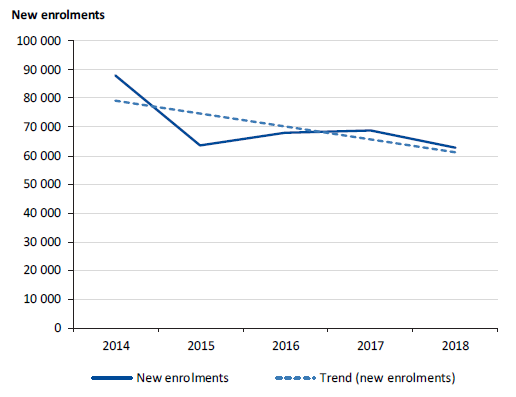 From 2014 to 2015, new government-funded enrolments declined significantly as TAFEs competed for students against private training providers. In 2016 and 2017, new enrolments increased marginally; however, they declined again in 2018. Preliminary information collected by TAFEs indicates that the decline in enrolments may be partly due to students deferring enrolment in order to access the Free TAFE initiative, which commenced in 2019.

The downward trend in new enrolments results in less contestable funding for the sector. If this trend continues over the long term, TAFEs will face increased sustainability risks unless they can increase other revenue streams. However, it is forecasted that the commencement of Free TAFE will have a positive impact on commencements.

To be sustainable, TAFEs need to efficiently manage their resources to respond to future changes and foreseeable risks. TAFEs should achieve this without compromising the quality of their services and avoid large fluctuations in expenditures and fees.

The short-term health of the TAFE sector can be judged by evaluating its:

We have assessed the sector's financial sustainability against two key indicators over the past five financial years: 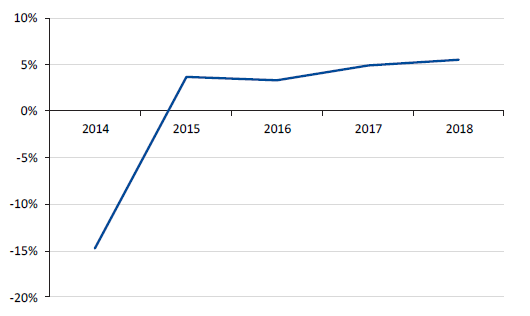 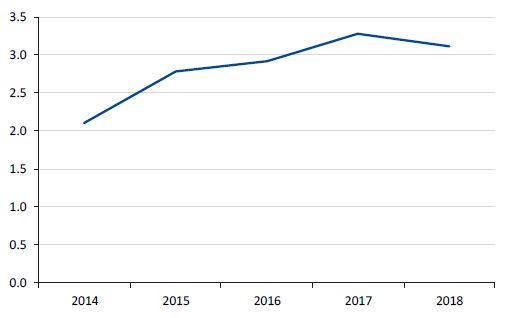 The improvement in the average net result and liquidity ratio of the sector over the last five years has been achieved through:

The liquidity ratio of the sector continues to remain well above 1.0, which means that there are no immediate concerns about the sector meeting its short-term financial obligations as they become due.

Efficiency and effectiveness of operations

TAFEs measure and report on their efficiency and effectiveness through two KPIs included in their audited performance report:

Each TAFE board sets its own targets for these measures before the start of the financial year.

Most TAFEs did not achieve their set targets for these two measures in 2018, so were not operating as efficiently or effectively as originally planned. This was partly caused by the new teaching EBA and more staff being employed across the sector.

Figure 3G provides a summary of results of these two measures against the targets for each TAFE.