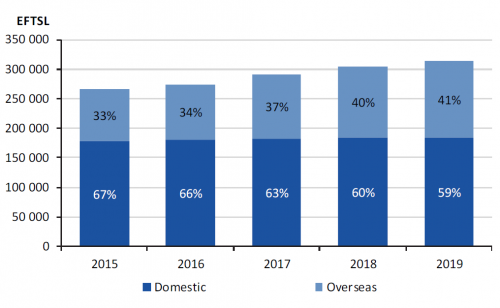 Domestic EFTSL decreased in 2019 for the first time in five years, highlighting that the sector’s growth is driven by overseas students, who now make up 41 per cent of the sector’s higher education student load. Domestic enrolment numbers have also been impacted by the government funding cap which is discussed below. 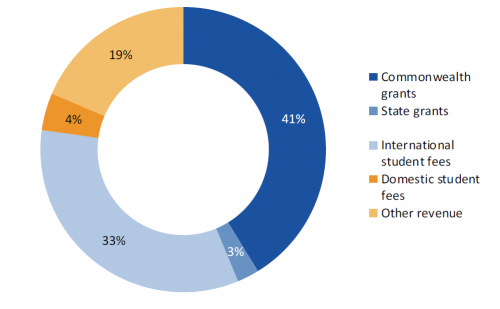 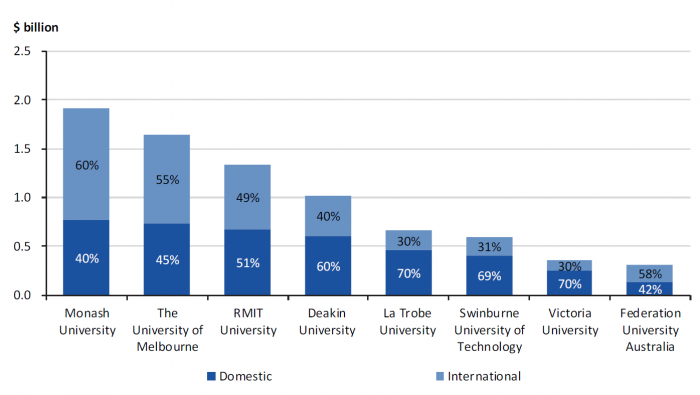 The sector receives its Commonwealth government student funding primarily through the Commonwealth Grants Scheme, which subsidises course fees for eligible students. An enrolment that is eligible for this subsidy is known as a Commonwealth supported place (CSP).

The Commonwealth Government designates courses which have their funding capped at an agreed number of enrolments in any given year. In December 2017, it announced a reduction in the number of CSPs it would fund because postgraduate courses were overall, historically under enrolled. The funding was reallocated to courses that are pathways to a bachelor degree. Designated courses make up 12 per cent of the sector's total CSP enrolments. 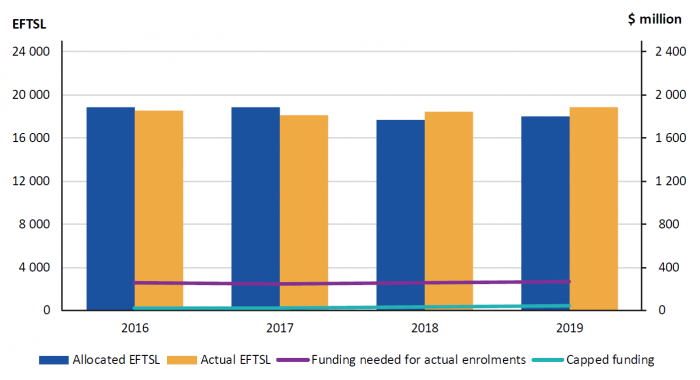 The demand and actual number of places offered by the sector continues to increase.

Figure E5
University sector number of funded and unfunded enrolments in designated courses, by area of study for 2019 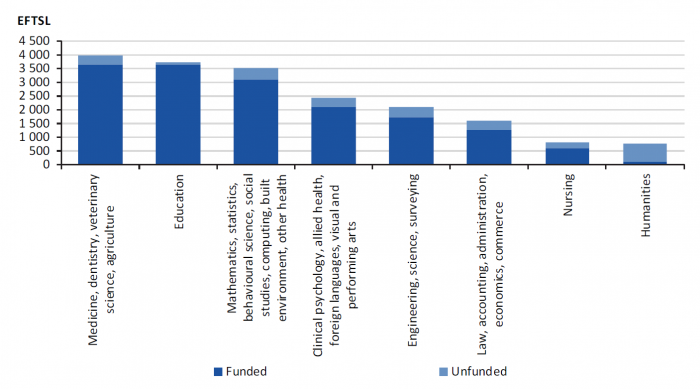 The number of funded and unfunded places in designated courses for each university in 2019 is shown in Figure E6. 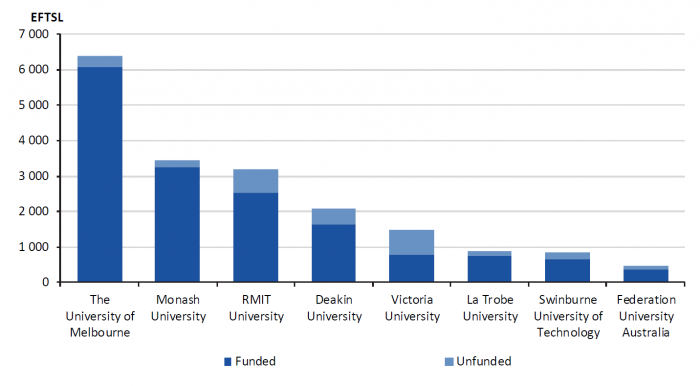 In contrast to designated courses, non-designated courses had their funding pooled and capped at the total level of funding received in 2017, leaving the universities discretion to determine the optimal mix of enrolments across these courses. Although the sector reached this cap during the year, universities continued enrolling students in these courses, charging them the subsidised fee while not receiving any Commonwealth contribution funding for these places.

Figure E7 shows the total CSP EFTSL enrolled in non-designated courses for the university sector from 2016 to 2019. The figure demonstrates little growth in the number of CSP enrolments taken by the sector in the first year of the funding cap. In the second year, the overall intake for non-designated places for the sector declined. 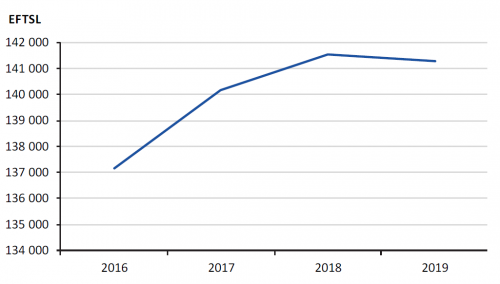 There is a demand for higher education and the sector has continued to enrol students above the capped levels. Figure E8 shows the capped funding provided to the university sector and estimated funding based on actual enrolments for non-designated courses for the years 2016–19. The figure illustrates that the estimated shortfall in funding for the sector’s non-designated courses was $14 million in 2018 and $47.5 million in 2019. 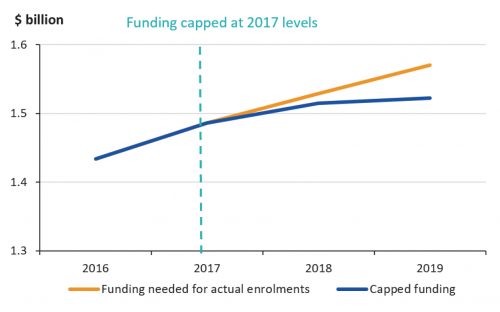 The reduction in government funding has meant universities have had to find other ways to maintain and expand operations such as:

Universities continue to offer domestic places above the levels funded by government to meet the social and economic need for an educated and skilled population. As these additional places are not subsidised, the financial strain is borne directly by the sector, increasing its sustainability risk.

From 2020 onwards, universities will be able to grow their CGS funding for non designated courses above capped levels if performance criteria are met. Performance will be assessed across four measures – graduate employment outcomes, student success, student experience and participation of Aboriginal, low socio-economic status, and regional and remote students. This is to ensure that universities deliver quality teaching and produce skilled graduates for Victoria's workforce.