In this part of the report, we summarise the results of our financial audits and observations for the university sector for the year ended 31 December 2018.

The financial reports of the universities and their controlled entities present fairly, except for those of the University of Melbourne and Deakin University with respect to their recognition of research grant revenue, which does not accord with current accounting standards.

We carried out our financial audits of the university sector entities in accordance with Australian Auditing Standards. Figure 2A details the opinions we issued at the conclusion of our audits. 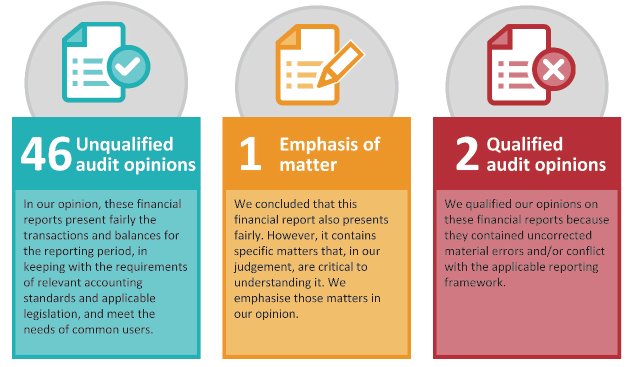 The University of Melbourne and Deakin University received qualified opinions because of the way they recognise certain types of research grant revenue in their financial reports.

Consistent with prior years, this method does not conform to Australian Accounting Standards Board's (AASB) 1004 Contributions, which requires non-reciprocal revenue to be recognised on receipt of funding. The resulting uncorrected error is material to financial statement users. We discuss this in further detail in 'Financial reporting quality' and in Part 4 of this report.

Two important and interrelated quality attributes of financial reporting are the timeliness of the published financial reports and the accuracy of draft reports presented for audit.

Timely financial reports enable users to make better informed and prompt decisions. The later financial reports are produced after year end, the less useful they become. We measure timeliness by the time taken post-year end for each university to finalise their financial statements.

The FMA requires universities to finalise their financial reports and have them audited within 12 weeks of the end of the 31 December calendar year.

As shown in Figure 2B, all eight (in 2017, seven of eight) universities met the statutory deadline for finalising their financial reports. 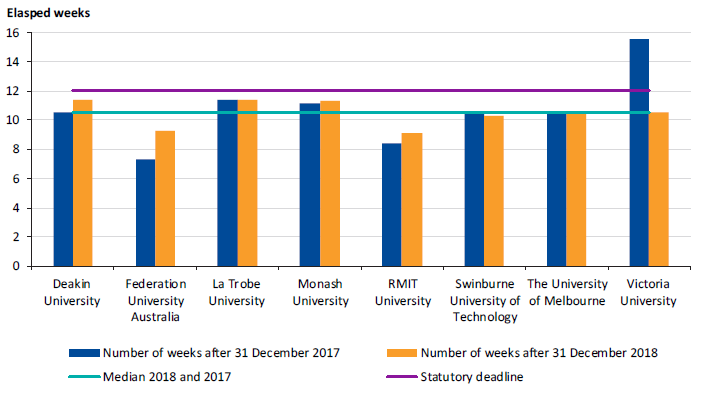 Figure 2C also shows that while Victoria University's final financial statements were not materially misstated, the total value of the financial statement errors (including corrected ones) that we identified in the draft accounts was significant. This was mainly due to a finance lease arrangement that management had incorrectly treated as an operating lease. Management subsequently corrected this error in their final accounts.

The net impact of errors we identified in the remaining five universities was well below their respective materiality thresholds. This indicates that the internal controls over financial transactions and reporting processes at those universities are robust and able to prevent and detect significant financial statement errors. 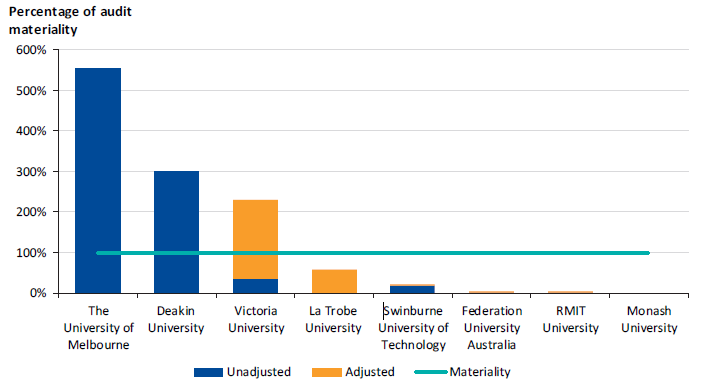 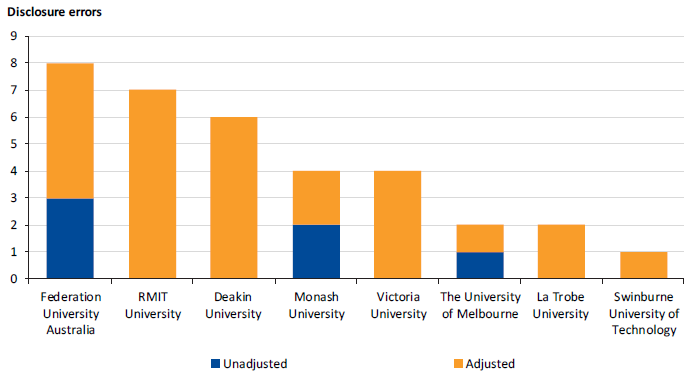 Figure 2E summarises the common types of errors we identified during the audits.

AASB 9 introduced new classification and measurement rules for financial instruments, resulting in universities having to recognise most of their financial investments at fair value through profit and loss. Many of these investments were previously classified as 'available for sale' under AASB 139, and investment losses were recorded in balance sheet reserves. Under AASB 9, investment losses were recognised as expenditure in 2018, which directly affected the net result.

There were also several additional disclosures required because of the transition from AASB 139 to AASB 9. One of the more complex issues was that recognising unlisted equities at cost was no longer an option under AASB 9. This meant that all universities had to record such investments at fair value in their financial statements.

In many universities, net results were negatively affected by these changes introduced by AASB 9. We discuss these impacts in more detail in Section 3.2.

To the extent that we needed to test them, universities' internal controls for financial reporting were adequate for ensuring reliable financial reporting. We identified 26 new internal control issues during our 2018 audits. Of these new issues, six were resolved by year end. As shown in Figure 2F, the number of new issues we identify each year, as well as the number of open issues remaining at the end of each year has declined over the last three years. This indicates that the universities are actively addressing their control deficiencies. 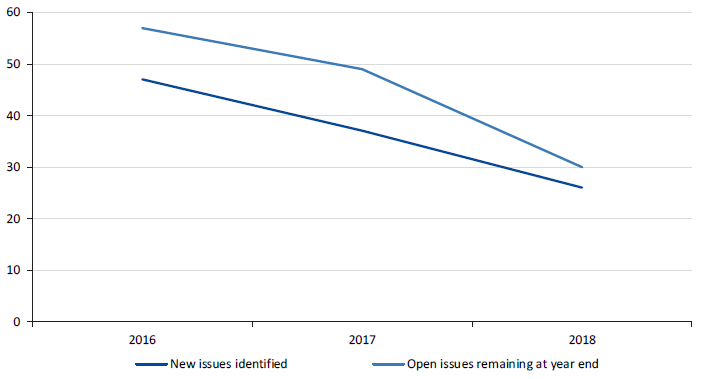 Figure 2G summarises the internal control issues we identified over 2018.

Figure 2G
Summary of university sector's new, prior year, and resolved internal control issues as at 31 December 2018, by risk ratings

Figure 2H outlines the themes of the 30 open issues at the end of our 31 December 2018 university audits.

IT control issues largely relate to weak password and user authentication settings, and a lack of monitoring and updating of user access lists. This indicates the sector needs to improve its controls around logical user access to their systems. Allowing unauthorised users to access key systems increases the sector's exposure to significant risks, including:

None of the open IT issues this year were rated high. However, IT-related control issues have been one of the larger groups of control issues we have identified in our audits over the last few years. This indicates a continuing risk for the sector.

The only high-risk issue identified during 2018 related to payroll. We found control weaknesses around the processing of casual employees and the timeliness of termination payments at Victoria University.

Governance issues covered a variety of topics, but a common theme was improvements needed to internal policies, particularly in the areas of fraud monitoring and asset maintenance. None of the governance-related issues were rated high.