We have consulted with DHHS, AWH, Austin Health, Eastern Health, Monash Health and RCH, and we considered their views when reaching our audit conclusions. As required by section 16(3) of the Audit Act 1994, we gave a draft copy of this report, or relevant extracts, to those agencies and asked for their submissions and comments. We also provided a copy of this report to the Department of Premier and Cabinet.

RESPONSE provided by the Secretary, DHHS 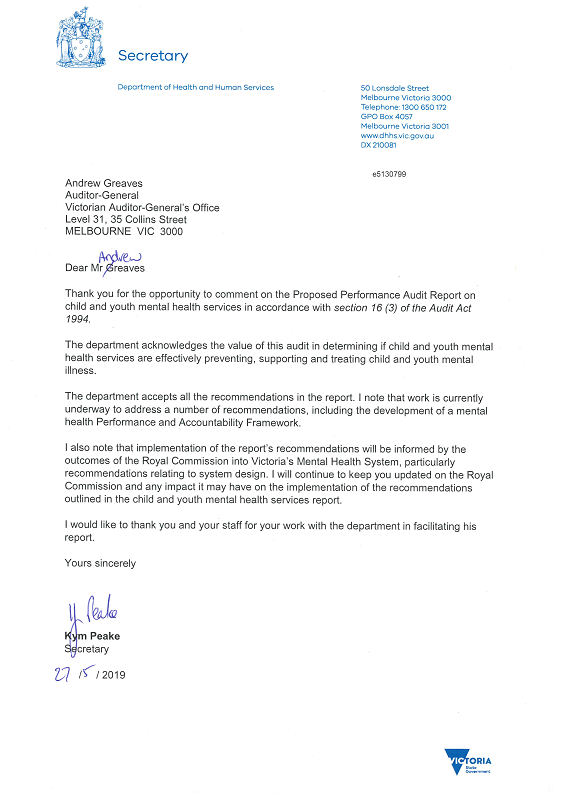 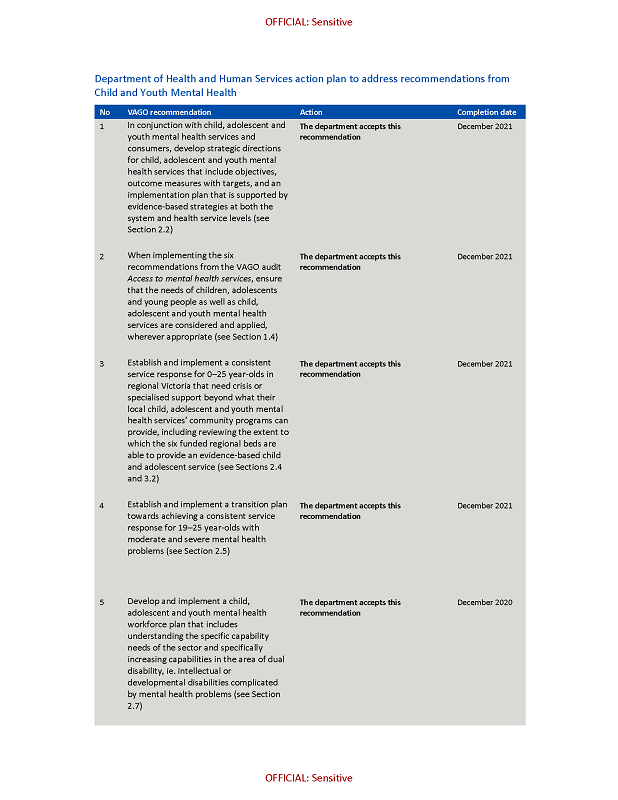 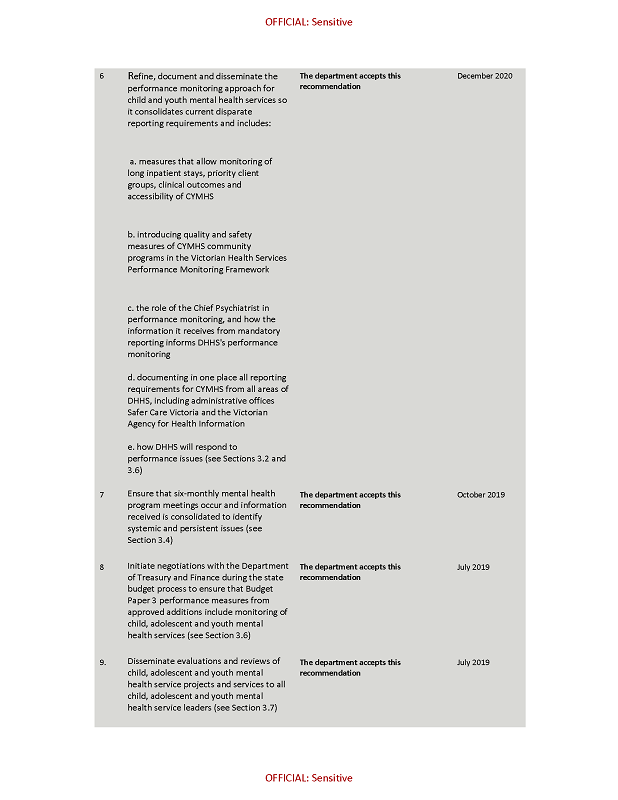 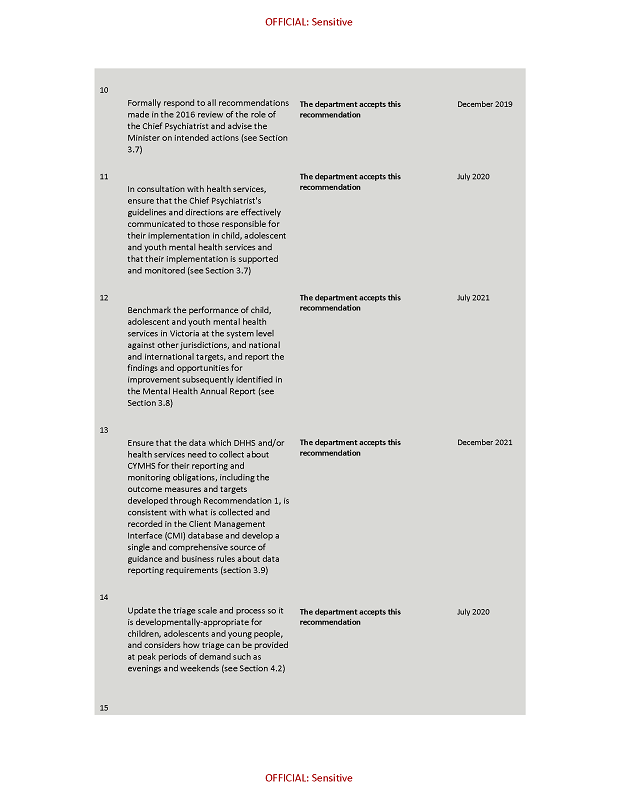 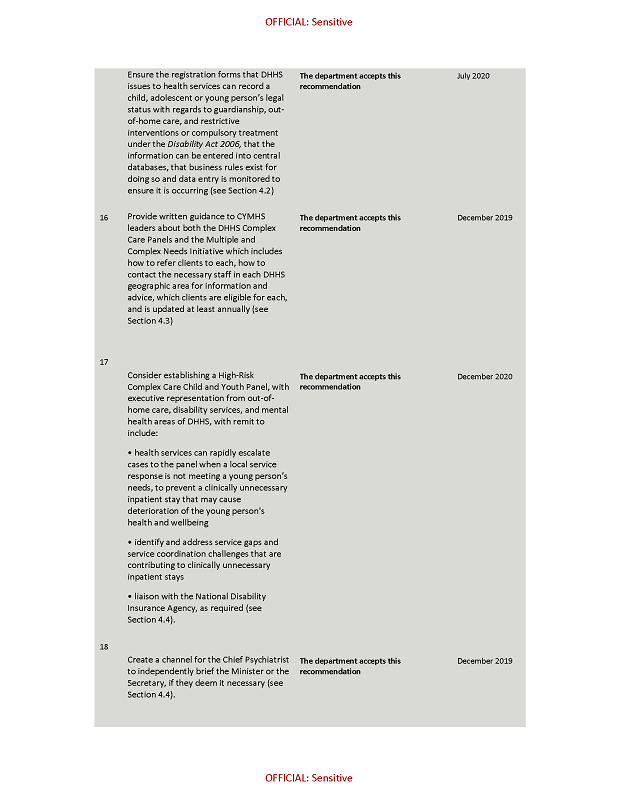 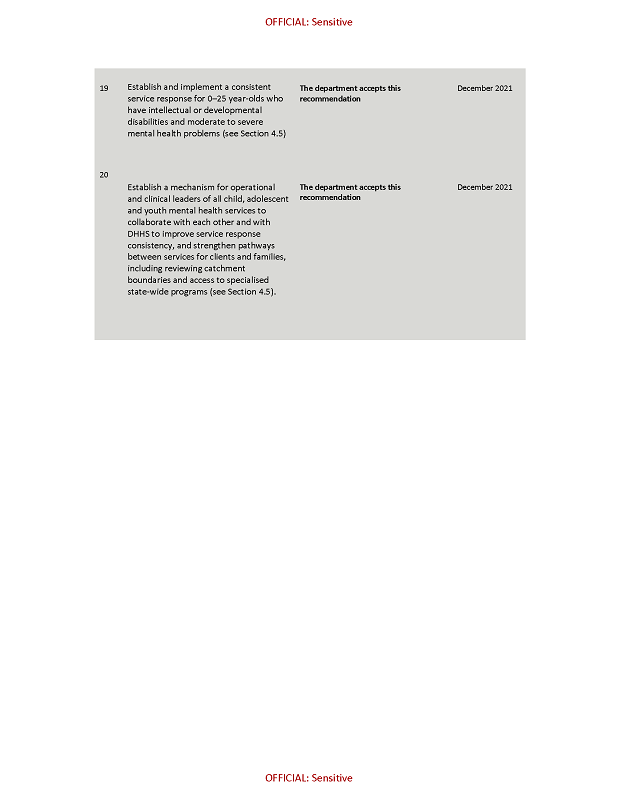 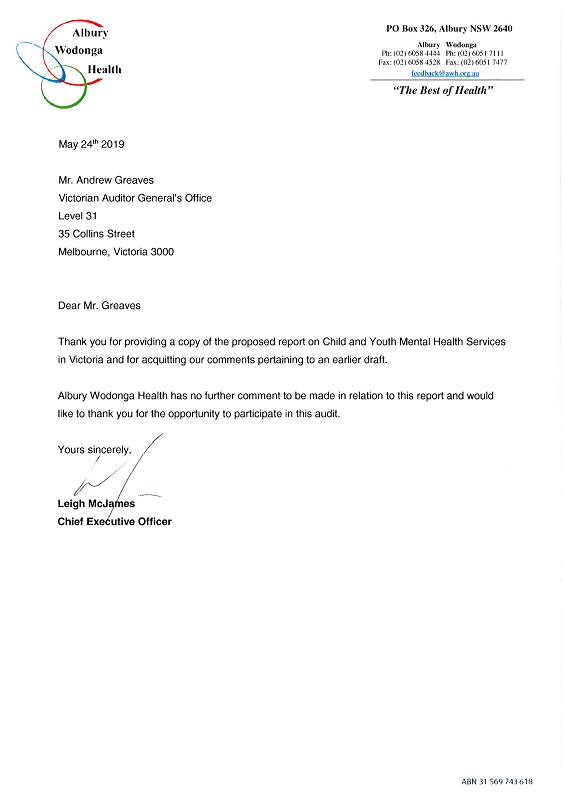 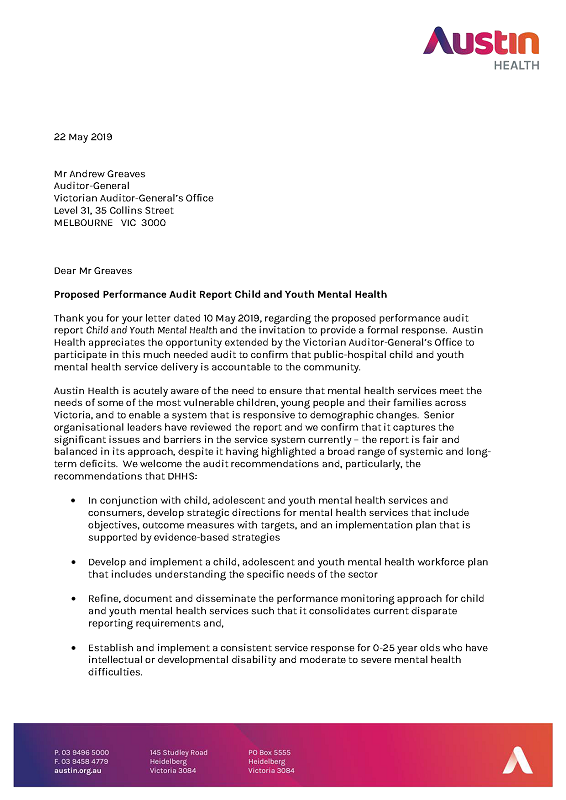 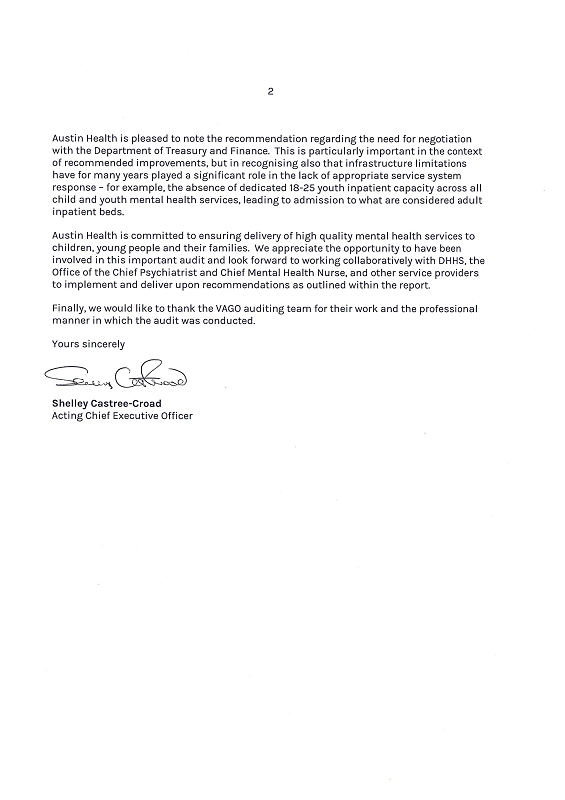 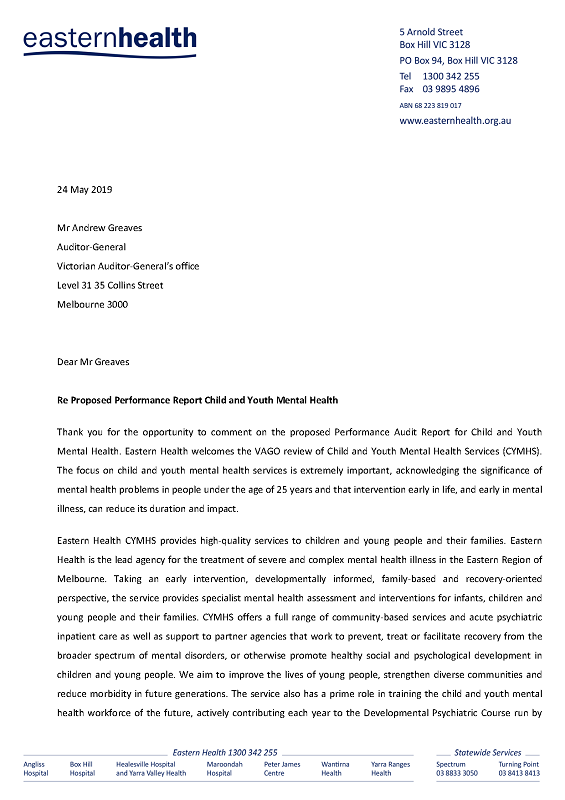 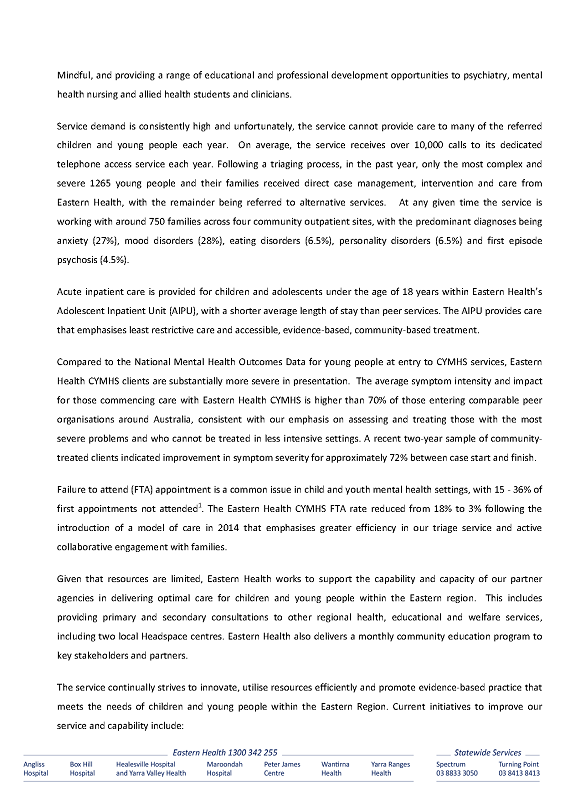 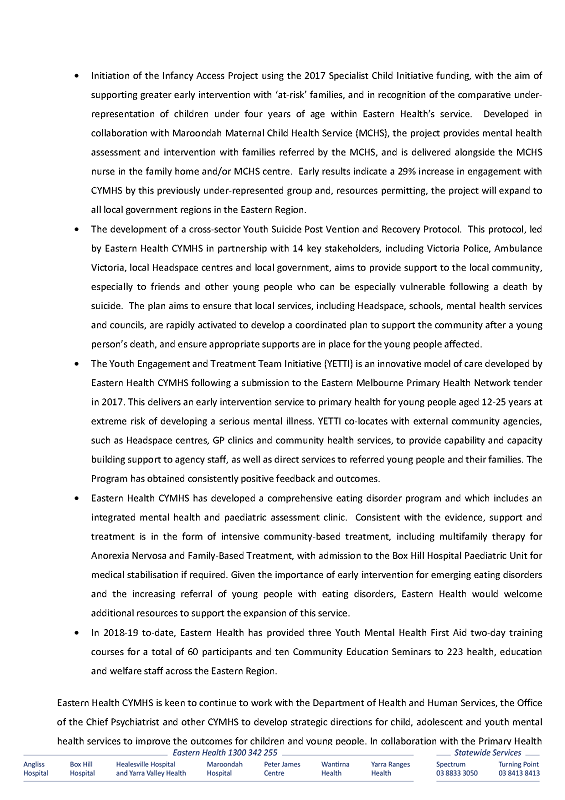 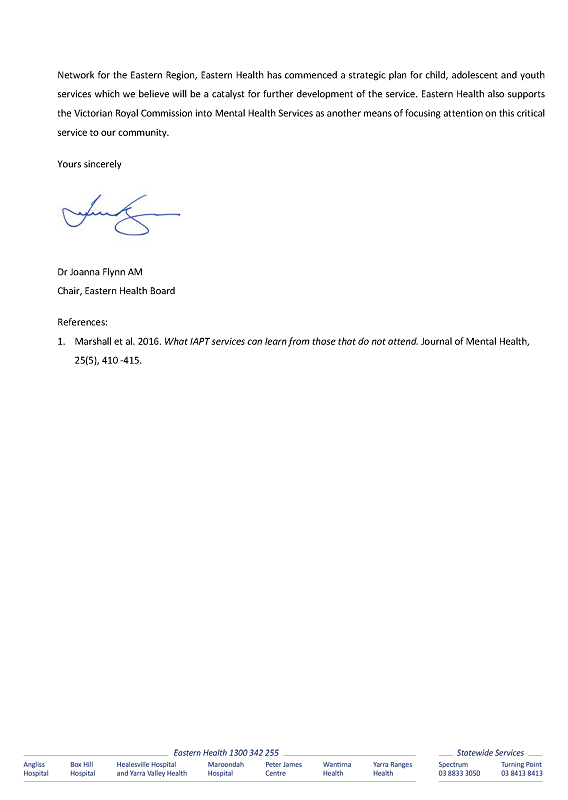 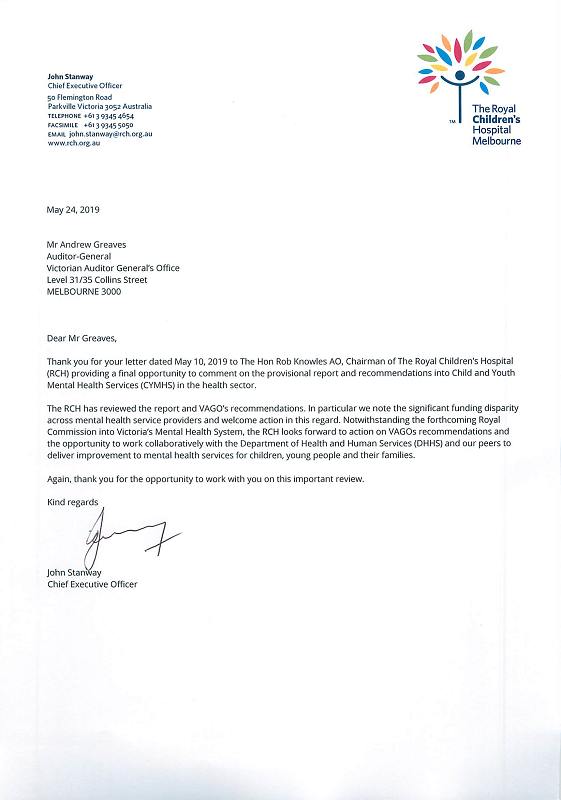