Carers and families play an essential and irreplaceable role in the palliative care system. Without them, patients would miss out on high levels of support, care and comfort. Carers and families can also bear significant physical and emotional strain.

Support for carers remains inadequate. Improving access to services such as respite and psychosocial support for carers of people with a terminal illness remains a major priority. The Department of Health & Human Services (DHHS) also needs to review patient and carer reporting and after-hours service provision.

That the Department of Health & Human Services:

Once a diagnosis of a terminal illness is made, hospital and community palliative care services can act to identify the needs and preferences of both the patient and their carers. As well as providing services to support the patient, health services and community palliative care services also monitor the wellbeing of carers and families. They provide or connect carers to services to support them through their loved one's end of life and death. These services include psychosocial care and advice in addition to respite and bereavement services.

This Part assesses carers' access to bereavement and respite services.

Some progress has been made—DHHS provides discretionary funding to help reduce the financial burden of care and there has been improvement in access to after-hours support, mainly through telephone advice. While these steps will help, they are not responsive or comprehensive enough to provide the level of support that is needed.

In addition to increasing the breadth and availability of support for carers, DHHS also needs to improve the quality of reporting on these matters. It could better monitor after‑hours service provision, bereavement support activity and carer satisfaction with a range of palliative care services. 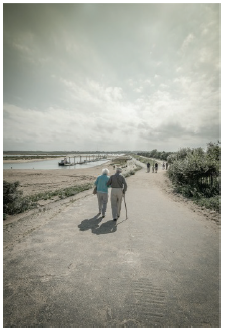 While a range of support options are available to carers—including respite, after-hours support, and bereavement support—these are not always sufficient or responsive to their needs. In particular, there has been little improvement in respite since 2011.

Making sure that carers get the support they need begins with family and friends. Drawing on existing resources means the carer can talk about their needs with people they know and feel comfortable with and request help as necessary. However, even with support from family and friends, carers are likely to need to access specialist advice, have proper sleep and cleaning services.

VAGO's 2012 report Carer Support Programs reported that carers are more at risk of mental health problems, such as stress or depression, than other people of the same age and are more likely to suffer declines in their physical health due to caring.

Feedback from audited health services and other stakeholders indicated that access to overnight respite is one of the greatest carer needs.

DHHS uses the Victorian Palliative Care Satisfaction Survey (VPCSS) to assess carer satisfaction. However, response rates are variable and more work needs to done to understand the reasons for any carer dissatisfaction.

The survey is optional and may not be provided to patients or carers at a time when they feel up to responding.

It has been a requirement for community palliative care services to provide after-hours support—outside of 7am and 4.30pm Monday to Friday and public holidays—since 1997. However, DHHS does not monitor compliance with this requirement and could not provide any assurance that the services currently being provided are sufficient or appropriate to meet the needs of carers.

Access to after-hours support is a reassuring option for carers who need advice on managing medication, pain and distress. It may also involve a visit from a nurse if the service assesses that it is required and it is safe for staff to do so. It is an important part of meeting carer needs but is not a substitute for respite.

Acknowledging that provision of after-hours support varied across the state, DHHS ran two pilot projects in 2009 to test different models. It then commissioned a review of the pilot projects in 2011.The evaluation noted that rural services were reluctant to switch to a more centralised model of after-hours support because they felt strongly that their clients should speak to a service or staff member they were familiar with.

The review did not propose a single after-hours model but recommended a range of different regional approaches. DHHS released its new framework for after-hours support in February 2012 following this review. The framework outlines the key elements of effective after-hours care and has a 'how-to' guide of protocols for community palliative care services and triage staff to use. While it is a useful resource it needs to be supported with ongoing training for responsible staff. Training and support was a part of the pilot phase but has not been provided more broadly since this was completed.

Currently, there are variations on three models of after-hours support across the state:

Given that several years have elapsed since DHHS completed its review and released its new framework, it would be timely to review the after-hours service model for community services across Victoria in 2016 to:

All stakeholders consulted during the audit agreed that improving access to respite for carers of people with a terminal illness remains a major priority for the palliative care sector.

Respite enables carers to have a break from caring for their loved one and catch up on sleep and other regular activities that might become neglected. Health service staff advised of instances where patients were admitted to inpatient services near death because their carers were unable to cope. Respite options in Victoria include:

While these supports can provide reassurance and assistance to the carer, palliative care staff in audited health services advised of the 'catch 22' situation where carers, despite being overwhelmed, refrain from taking time away from the patient due to feelings of guilt at being apart so close to their death. In these circumstances, being away from the patient may be of limited assistance. Timing of interventions is therefore critical.

Inevitably, despite respite being recognised as a significant need, palliative care services prioritise care for patients needing medical attention over the needs of carers.

In June 2014, DHHS completed a literature review to look for evidence to back the use of respite to support carers of patients with palliative care needs. It found that there is limited rigorous evidence that respite care improves patient or caregiver outcomes. It found that:

DHHS is currently in the early stages of developing the next draft of its new palliative care strategy and has started to engage with the sector to devise more flexible support options for carers during particularly stressful periods—such as when a patient's symptoms or pain become unstable and when they enter the terminal phase at their end of life. It is therefore unlikely that any carer support programs will be implemented before the Strategic Directions finish in December 2015. DHHS needs to continue to prioritise respite and to better understand and cater for a range of, often considerable, carer needs.

4.3.4 Financial strain on patients and carers

Recognising that carers often bear considerable financial strain, DHHS provides health services with a limited amount of funding to provide medical equipment in the home on an as-needs basis. However, health services continue to be concerned about carers who cannot afford to be away from work on an indefinite basis.

Figure 4A
Carer satisfaction with financial and legal support

In the same year, the VPCSS measured patient, carer and bereaved carer satisfaction with the overall standard of care was 4.62, and the average satisfaction of all questions in the survey was 4.27. These results point to the need for health services to improve the way they communicate with carers and bereaved carers about financial assistance and other support to minimise financial burden.

A social worker at one audited health service estimated that about 20 per cent of patients experience financial stress. Patients or carers are referred to a financial advisor. However, aside from the VPCSS, there is very little data collected on these issues.

DHHS' bereavement support standards provide guidance for services to assist carers most at risk of complex grief. However, reporting does not comprehensively capture the extent of bereavement activity that occurs and staff from audited health services expressed concern about the bereavement services offered.

Three of the four audited health services expressed concerns about the quality and amount of bereavement support available to carers of palliative care patients. Three services stated that their bereavement service is under-resourced and two were concerned that the range of different professionals providing bereavement services across the state could lead to fragmented and incomplete service:

DHHS developed bereavement support standards in 2012 for use in Victorian government-funded, specialist palliative care services. However, many inpatient services do not use these and there is scope for DHHS to further promote them to health services.

A lack of bereavement reporting may undermine the importance of this service to carers.

Patients in inpatient and community palliative care services have an identifier linked to their care which can be used to determine funding. These identifiers are not created for carers who may need bereavement services. Interviewed staff from community palliative care services had experienced difficulty recording more than one bereavement contact on the Victorian Integrated Non-Admitted Health minimum dataset. This limits the tracking of bereavement activity in inpatient and community‑based settings. Two audited service advised that the lack of performance indicators for bereavement reduces the importance of the activity within the service.

Limited bereavement activity is recorded in community palliative care services but they may also provide bereavement support that is not able to be reported on. DHHS should assist health services to ensure all carers are screened and referrals for complex grief are made to appropriate services.

That the Department of Health & Human Services: